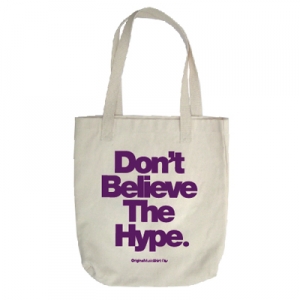 Watch out for credit counseling ads with language like this:

I always strongly advise my clients (as well as everyone else I know) to stay away from credit counseling services and debt settlement companies.  There may be one or two good ones out there, but most are not out to help you and I hear of too many instances where people lose their money and get no benefit.

Oh, and don’t get take in by that “non-profit” status nonsense either.  Just like “organic” doesn’t necessarily mean something is healthy for you (think about organic sugar or butter), being a non-profit doesn’t automatically mean they’re do-gooders.  And they’re definitely making a profit.

Despite the realities of the business, the credit counseling industry has been using its public relations machine to try and convince people that it is in fact legitimate.   An organization calling itself the National Bankruptcy Research Center (NBRC) recently put out a press release that announced the results of a “Credit Counseling Value Study.”  According to the NBRC, “Consumers who received pre-bankruptcy counseling exhibited significantly improved credit profiles in as little as two years in comparison to consumers who did not receive pre-bankruptcy counseling.”

This may all sound perfectly legitimate, but it’s not.  Why?  Because the study was created by the credit counseling industry.  In addition to the NBRC, the press release also lists two other entitites:  an organization called the Money Management International Financial Education Foundation (MMIFEF) and a well-known credit scoring company called Experian.

In other words, the “news” and the “study” have been manufactured by the credit counseling industry.  They created front organizations such as the NBRC and the MMIFEF which conduct research for which the conclusion is already decided.  And then they use the organizations to trumpet the study and make a big deal about it, as if some reputable research organizations have helpful, useful information to share.

Then on a site created by the credit counseling industry called Credit.com, they put up a blog post that mentions the “study” as if it’s big news.  This is called the “echo chamber” approach and is designed to create the effect that the information is coming from multiple sources and give the impression that it must be true.

Why do I mention all this?  To point out that this is an industry that you should be very skeptical of.  If they’re willing to pay all of this money and go through all of these efforts to create a false impression, what kind of approach do you think they’re going to take to treating you as a client?

Don’t bother spending time thinking of an answer because I can tell you the answer:  Credit counseling services charge high fees and don’t have the ability to lower the amount of debt you have.  They focus primarily on credit card debt only, and they make money by getting payments from banks that are tied to the payments they get you to pay to the banks in the form of credit card payments.  It’s not uncommon for debtors to find themselves with more debt after working with a credit counseling service.  And if you ultimately need to file for bankruptcy, a credit counseling service can’t help you file.  You need to go to a lawyer anyway.

For these reasons, it makes much more sense to go to a bankruptcy lawyer from the start.  A good bankruptcy lawyer will provide you with a free initial consultation and will be able to give you a rundown of all of your options (not just the ones that will lead to profit).  Plus, a lawyer is registered with the state bar association and can be tracked down if he/she is acting in an unethical way.  Also, it’s easier to ask around and get information about a lawyer and his/her reputation than it is to get impartial information about credit counseling services.

If you’re facing financial difficulties, the best place to start is always with someone you trust.  Maybe it’s a lawyer, maybe it’s a friend.  But it most likely will not be a credit counseling service or a fair debt collection practices act.