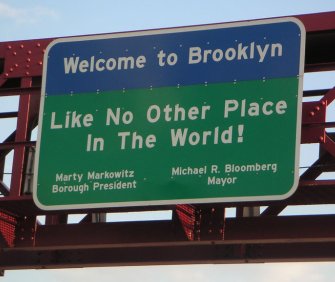 Time for another edition of Brooklyn Bankruptcy Update, a look at the latest Bankruptcy news and happenings out of the County of Kings (aka Brooklyn).

In connection with the sting last year in New Jersey that resulted in the arrests of several rabbis among others, Brooklyn resident Shimon Haber was arrested in connection with trying to use bribes in connection with a real estate development deal.  Haber was working with Solomon Dwek, the primary suspect in the case who then became an FBI informant, to help move money out of Dwek’s company which had filed for bankruptcy.  (FYI, secretly transferring money out of your company or estate while in the middle of a bankruptcy case is a no-no and can subject the perpetrator to criminal penalties.)

2.  A Crowded Judiciary Night at the Brooklyn Bar (The Brooklyn Eagle)

“Judges, lawyers and court employees packed into the association’s headquarters on Remsen Street for Judiciary Night on Wednesday. They came to celebrate the judiciary of the County of Kings.”

Troubled developer facing setbacks on multiple fronts could be evicted from his Brooklyn office by Monday as per court order.

Troubled real estate developer Shaya Boymelgreen is slated to get evicted from his U.S. headquarters in Brooklyn by Monday, after a lengthy legal battle with his landlord.

Mr. Boymelgreen was originally scheduled for eviction last year, but the process was blocked after two companies claiming to be subleasing space from the developer attempted to push him into Chapter 7 bankruptcy. However, on Dec. 11 a U.S. Bankruptcy judge ruled that the eviction should proceed. Yesterday, the Brooklyn’s sheriff’s office slapped a five-day eviction notice on the building at 752 Pacific Ave.

Go to Bankruptcy Attorney Brooklyn NY to learn more about Rosenberg Musso & Weiner LLP and/or to set up a free consultation.