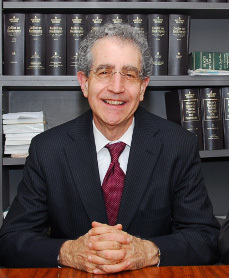 Bankruptcy Attorney in Brooklyn helps you get a fresh start.​

Bruce Weiner has been practicing bankruptcy law since he was admitted to the bar in 1978. In addition to his 30 years experience representing debtors, creditors and those being sued by bankruptcy trustees, Mr. Weiner has been involved in hundreds of trustee litigation cases since he joined Rosenberg Musso & Weiner in 1994. Bruce Weiner is known for thinking fast on his feet, his ability to handle complex cases, caring client representation, attention to detail, excellent writing skills and courtroom demeanor, and tenacity.

Here are some highlights of the thousands of bankruptcy cases that Bruce Weiner has successfully handled:

NYC bankruptcy attorney Mr. Weiner has successfully argued 4 cases before the US Court of Appeals for the 2nd Circuit:

30% of Practice Devoted to Litigation

Co-author, Judicial Code 959(b) and its Relation to the Automatic Stay, ABI Journal, November, 1997

In another complicated bankruptcy matter, “In re Merhi, 518 B.R. 705 (Bankr. E.D.N.Y. 2014)“, NYC bankruptcy attorney Mr. Weiner successfully defended a creditor against false allegations, stopped a debtor’s Chapter 13 proceeding and won them a judgment to foreclose on a property.

The Effect of BAPCPA on the Real Estate Community, NYCLA – October 2006

If you are having financial difficulties schedule a no cost consultation with bankruptcy attorney brooklyn NY, Bruce Weiner: 718-795-2415 or click here to contact him by email.